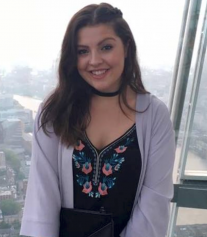 After Sixth Form I joined Nottingham Trent University to do a Bachelor’s of Arts in Broadcast Journalism.  After completing my degree I moved to London and began working in Broadcast recruitment, while applying for jobs in Television. I then applied for a graduate scheme at Princess Productions, despite not getting accepted onto the scheme, I was offered a job as a Junior Researcher on The Wright Stuff.

I have just accepted another job on Good Morning Britain as a debates producer.

I really enjoyed my time at Hanley. I made some amazing friends, who are still my best friends now. The teachers were an excellent support network and always encouraged to follow my passions.