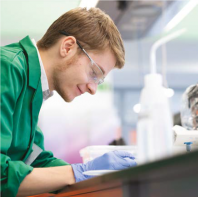 I Graduated from the University of Warwick with a 2.1 MChem (Masters of Chemistry) degree.
My masters research project focused on the use of ultra-fast UV lasers for spectroscopic analysis of sunscreens.

While studying, I was heavily involved with the Warwick’s Chemistry Society and its Outreach scheme: developing inspirational workshops/classes and delivering them to local schools.
During this time, I often volunteered at Hanley, allowing me to develop and try out new workshops.

After graduating, I had a brief stint as a free-lance science communicator: delivering science clubs, summer camps and science-themed birthday parties!

I am currently a Chemistry Tutor at the University of Warwick – teaching within the department of chemistry.

Most of my time is spent teaching undergraduate students (including a couple of recent Hanley Alumni!) in the lab – working with small groups and guiding them through day-long experiments.
I have specialised in physical and computational chemistry experiments, studying and simulating the properties of chemicals.

Outside the lab, I lead the first year IT workshops: a series of workshops introducing new undergrads to science-specific software that they will use throughout the year.

During the university’s holidays, I get the chance to dabble in outreach: visiting schools to give talks / workshops or bringing students to Warwick to have a go at experiments (for example synthesising aspirin and paracetamol) in our undergrad lab.

Hanley has a number of excellent and highly driven teachers who pushed and supported me throughout my studies. This allowed me to get the best out of my time at Hanley and to go on to succeed at Warwick.

I have no doubt that teachers at Hanley have influenced my Teaching style, as I begin my career in education.

Since leaving Hanley, I have always felt welcome coming back. I have regularly been given the opportunity to teach / deliver sessions at Hanley, boosting my teaching repertoire (and my CV) which has, doubtless, helped in my role as a Chemistry Tutor. 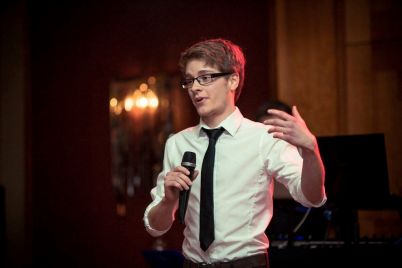 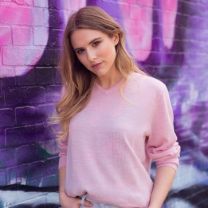 I’ve completed my degree in Acting & Contemporary Theatre at East 15 Acting School, one of the best in the country. It was full of different genres of acting, mainly focusing on stage work with a bit of camera work also, which is now what I am focusing on. We trained in things like physical comedy, expressionism, Shakespeare and so much more. The contemporary course was created to make an actor who wants to be versatile and also independent, along with the acting they also encourage us to take on directing, writing and producing roles.

After 3 years of intense theatre training I have realised my love is with film so I am trying to get more involved with young writers and cinematographers. I want to write my own short film about grief and loss and will spend the next year writing it. I’ve also been modelling for seven years and have built up quite a good network and I mainly like to work with photographers who show women in a real light. Breaking the stigma around how society wants women to be perceived. Feminism is really an important movement in my life now.

Tom Bottomley graduated from Nottingham with a first in History & Politics and secured a contract with Ernst & Young in London where he has been working for the past two years. He has been seconded on a number of projects including the Ministry of Justice and, currently, the cabinet office. His current placement involves making contingency plans to manage the transition of fund between the UK and EU in case of a ‘no deal’ Brexit. We all hope he’s successful! 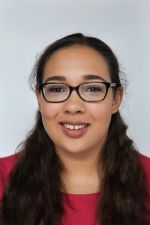 Rhie completed a degree at Aston University - a BSc in International Business with Modern Languages (French and German).  This was a four year course with an integrated placement year which she spent in Frankfurt and in Quebec City in Canada.

She is now a Finance Assistant at Monica Vinader, living and working in London.

She says: "Learning languages paved the way to my university degree which made me realise that I love accounting AND languages.  I wouldn't have done a year abroad and discovered my love for travel if I hadn't studied languages at Hanley"