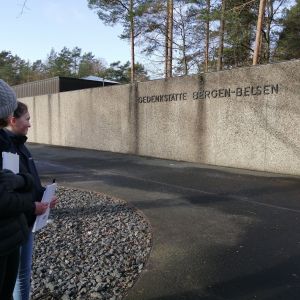 Over half term two of our Holocaust ambassadors were able to participate in the Belsen 75 project which has been organised by the Holocaust Educational Trust and the UCL. This involved a one day visit to the concentration camp and later displaced persons camp of Bergen Belsen in Germany. This was an emotional day for our two students and culminated in a memorial for those that were lost and those that were liberated by British troops 75 years ago. 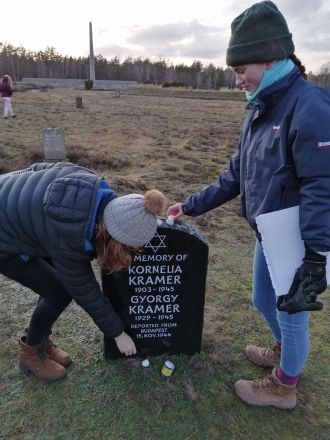 Along with our two other Holocaust ambassadors, who earlier this year visited Auschwitz, they will begin their legacy project to help share what they have learnt from these visits and encourage the ideals of tolerance and respect for all.

featured
This month's Featured Writer ... Alice Holden
This month's Featured Writer ... Alice Holden
Our FEATURED WRITER this month is Alice Holden in Year 8.  She says: "I love storytelling because it...
More
Pin It
Visit to Bali!
Visit to Bali!
As we approach another holiday with no access to foreign travel, one of our Y12 students - Connie Mc...
More
Pin It
Malvern Civic Society Literary Competition Success
Malvern Civic Society Literary Competition Success
It is with great pleasure that I am able to announce that, once again, Hanley students have proven h...
More
Pin It
This week's 'Hot Job' is: Police Detective.