My time at the Liberal Democrat Party Conference 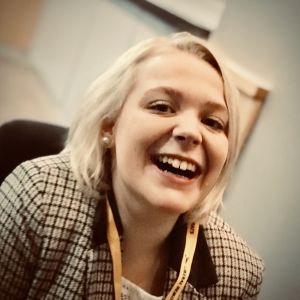 Last year, I joined the Liberal Democrats, because I’m passionate about politics, and I wanted to contribute positively to British society. The Liberal Democrats are the party for me due to the diplomatic, inclusive and compassionate attitude they have towards the citizens of the United Kingdom. They also want to stop a disastrous no deal Brexit, and especially now our Prime Minister, Boris Johnson is threatening one, and no less speaking about catastrophic food shortages, which could have a detrimental effect on our country and our people, I support this more than ever. They think everyone, regardless of age, ethnicity, sexual orientation, gender, social class or disability, should be regarded as equal citizens. No one is left behind.

On the first day of the conference, Wera Hobhouse, the Member of Parliament for Bath, gave an extraordinary speech. She is passionate about the environment, and so am I, because ecological threats such as climate change and plastic in our precious oceans are crucial. We are destroying our beautiful planet, and we desperately need to think of a way to fix it. Wera is tremendous. She will not rest until the climate emergency is tackled, and I admire her endless determination more than she will ever realise.

The next day, there was another debate. This time it was on stopping Brexit to save the NHS and social care. They pointed out that EU nationals contribute enormously to the NHS, and make up a significant amount of the staff in the organisation. We need all the staff and the help we can get, in my opinion. In addition to this, many EU nationals are carers and we need to make sure that people who need care are sufficiently looked after, and so are the people providing the care. Carers who are EU nationals face risk of deportation if Brexit goes through, particularly if freedom of movement ends. There was also a speech by the Right Honourable Sir Vince Cable, who was our leader before Jo Swinson. The pride I get from belonging to a political party, in particular the Liberal Democrats, is phenomenal. This is mainly to do with the fantastic people who make up the party.

After lunch, Jo Swinson made a speech about the party’s policies and she introduced a new one: Stop Brexit by revoking Article 50. Article 50 is a article in the treaty on European Union, which outlines the steps in which a member state should leave the EU. Prime Minister Theresa May triggered the departure process on the 29th March 2019.

I personally disagree with Mrs. Swinson’s new policy, because I think there needs to be a second referendum on Brexit. The reasons I have for this opinion are: 1) there was confusion as to what people were voting for in 2016 and 2) I think revoking Article 50 would not be democratic unless the people voted for it in another referendum.

Having said this, I agree with the rest of the Lib Dem’s policies, because I believe that liberty and tolerance would make society stronger and contribute positively to the UK’s prosperity and quality of life of our citizens. 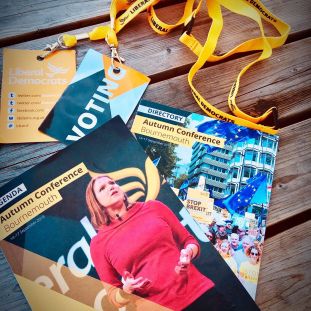