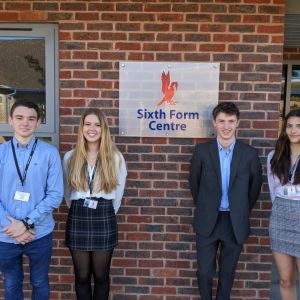 Congratulations to Izzy and Ollie our new Head Girl and Head Boy and to Noah and Imogen, their deputies who were elected to their positions following our student election process that took place just before Easter.

Well done to all those who put themselves forward as candidates, it was a very strong field.

The new team has sent the following message:

"As your new student leadership team, we would all like to start by saying a big thank you for voting for us. One of our priorities is to keep you updated with what we are doing as we take over these roles. Our first main priority is to try to implement a cashless system at the canteen, we have already set the ball rolling with this and we all think it is something long overdue. We hope it to be something which will have a lasting impact at the school. 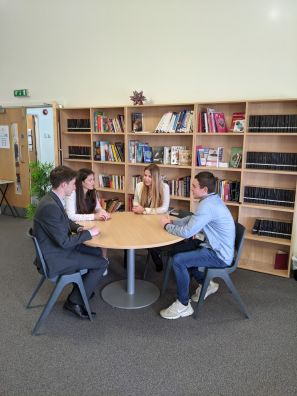 We have already started working closely with the Sixth form committees and are excited to announce a number of upcoming events such as a Sustainability Day being run by the STEM committee on 6th July. Along with this the Mental Health Committee has many exciting plans; they would like to produce mental health pins and run a mental health assembly. We also hope that once safe with COVID there will be a staff vs sixth form football match and a form rounders tournament in summer.

As you can see COVID isn’t putting an end to the plans of the sixth form committees, along with this the new school council is due to be launched in the coming months and we look forward to working closely with all of you over the coming year." 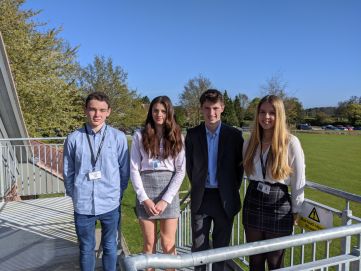