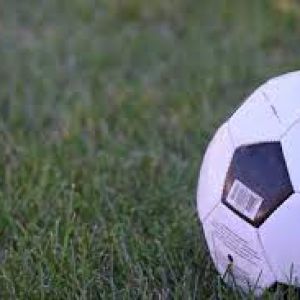 A thrilling game between the two sides yesterday evening, 13.10.21 Hanley castle went behind despite a fairly strong start but soon equalising with Elliot Flint's bullet header from a top-notch delivery from the corner. Chances kept coming for Hanley and soon one was taken, Olly Holland scores a rocket left foot top corner to take the mighty Hanley ahead. At this stage near the end of the first half Hanley were on top with Ollie TC and Matt Crabb being dominant in defence. At half time it was time for some substitutions, Ben Lily and Sam Cund come off from the left and right wings straight swapping for the impact sub Jamie Rogers and Elliot Perkins. Chrissies equalise just 10 minutes into the second half despite Hanley setting out a dominant start to the second period. The pace from the opposition right wing, combined with the link up with the number 10 put pressure on our defence and lead to a corner which was poorly defended. Subsequently this corner was headed home to make the game 2-2. Elliot flint who was eager to score his brace kept causing trouble for the opposition defence and it only looked like a matter of time before Hanley broke the deadlock. In the end it took a tactical substitution from the gaffer to bring back on Sam Cund to make the breakthrough. The goal came after Cund picked up the ball in the middle of the pitch, and after a phase of skillful play the winger managed to make some space for a shot on goal from the edge of the box, which took a drastic deflection that left the keeper rooted making the game 3-2 with minimal time remaining. Hanley managed to play out the final few minutes to carry our unbeaten streak.

The game held at Hanley on the glebe, between Hanley Castle Sixth Form B team versus Christopher Whitehead B team. The Thrilling but scrappy match ended in a 3-1 Home win with goals from James Young, James Draper and Ollie Cook. Cody Barker left the match as man of the match whilst the away team left frustrated. Captains Taylor and Noah made Hanley spirits high. The creativeness of Noah Wroughton, Ollie Tinley and Taylor made the assists for a Hanley win.

Hanley started off well. Energy levels were booming and both B teams seemed ready to play. The game kicked off with both 11’s slightly unsure about their positioning, however still got off to a fast start. Hanley conceded the first goal after the part-time keeper for Hanley fumbled the ball, allowing an easy goal to break the deadlock for Whitehead. The goal didn’t change the Hanley boys' spirits as we knew it was a mistake from our side. We continued to power through the first half after a shaky start. The unprofessional standards of the B teams meant the boys' fitness being tested. As the Hanley 11 try to penetrate through the Opposition, their strength and tactics prevented us from breaking through. A crazy run to the top of the pitch by defender Lewis Carey was one of the highlights of the match, once again helping breakthrough. The height of some of their players was impressive compared to the Hanley 11. Despite this the swift skills and one nutmeg from Ike Bird shows that Hanley definitely deserved a goal. Not too long after the first goal went in, some nifty tricks from Noah Wroughton allowed him to whip a low cross through the box, James Young meets the cross and tucks it away.

At half time, both teams swap out players, to give everyone a game. Tactical substitutions provide two more deserved goals for Hanley in the second half. With a skillful run from James Draper to put the second goal away and a tidy finish from Ollie Cook to score the third, overall it was a good match. Back and forth football provided a decent game for both sides. And high levels of determination throughout the game really made it a good competition.

Thank you to Christopher Whitehead for the games and putting in a good shift and also anyone who decided to watch or officiate the match.