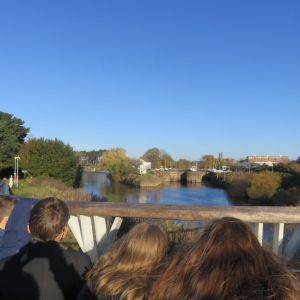 On Thursday 25th November, 2021, year 7 arrived at Diglis Island, and started their journey.

Millions of fish occupy the River Severn, including our two favourites: The Twaite Shad and the Salmon. These fascinating fish started their journey, upstream, to spawn in the upper course of the river in Wales. However, by 1844, a weir had been built to improve trading in Worcester. Soon after, they built the lock gate, allowing boats to pass through, big and small (because there were two). However, that left a massive problem for the fish, especially the Twaite Shad who, despite being very fast, could not jump up the weir; the current was too strong. 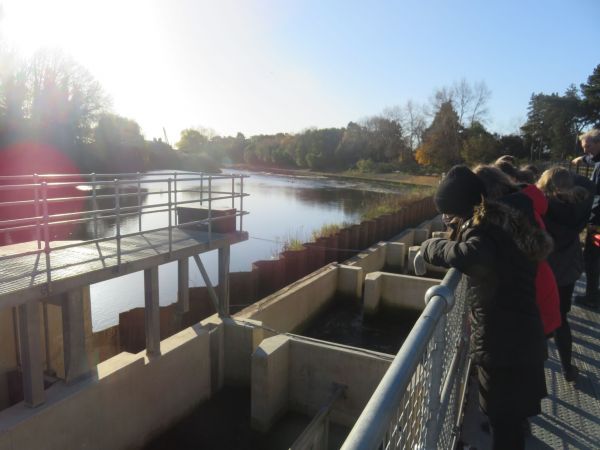 During our stay, we learnt about a large organisation; the Canal and River Trust, who are currently working on a project called ‘Unlocking the River Severn’ and creating a ‘fish pass’ for all the river life to travel through. They could then safely complete their migration and spawn. The organisation’s main goal was to increase the population of Twaite Shad to its Victorian numbers.
At the start of our journey, we saw a large barge passing through the lock gate, it was a fascinating experience, everyone seemed to know so much and we learnt loads just from watching! After that, we crossed over the lock gates and finally made it to Diglis Island, an entirely manmade Island! Happily, a group of volunteers acquainted us with the land and we were split into two even groups. The first group travelled over the bridge, discussing the history and geography of the sights we enjoyed seeing. Then, the ingenious fish pass, came into our view. We excitedly descended the stairs, and entered the underwater viewing platform, that was strangely covered in pillows. The reason for this was that was because the fish might be scared by loud noises, made by the visitors, it was to keep the sound inside the room so the fish wouldn’t be disturbed! :) Did you know that the fish pass cost 4.5 million pounds to build? 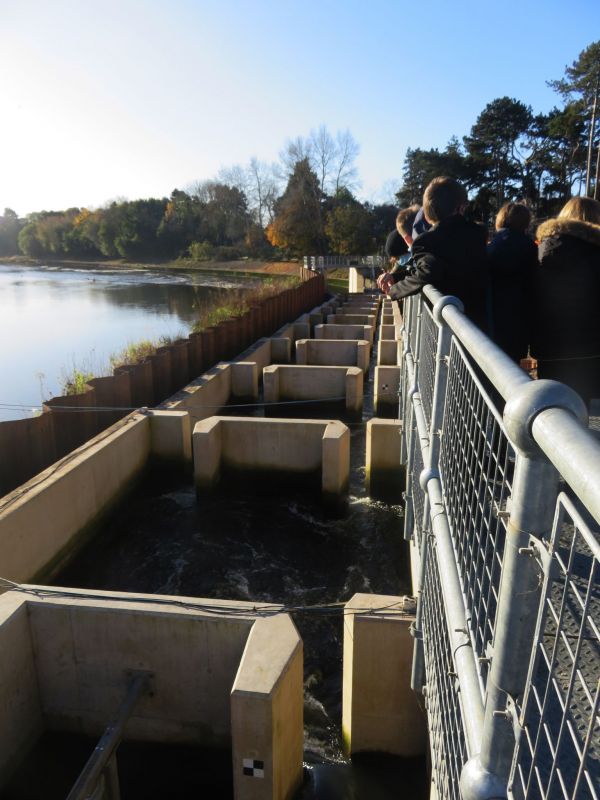 After returning for lunch, and meeting two cute dogs, one of whom, was called Rusty, we sat down inside the old Lock Warehouse and began our next activity! Just like how the fish pass was designed to slow the flow of the water for the Twaite, we were challenged to build a marble run, and were trying to keep it up for the longest! It was great fun and everyone enjoyed it! At the end of our stay, we received a memento, which was cool, a little fish. We thanked the kind people.

Thank you so much for the brilliant trip to Diglis Island, it was fantastic!

featured
New Sixth Form Leadership Team
New Sixth Form Leadership Team
Congratulations to Izzy and Ollie our new Head Girl and Head Boy and to Noah and Imogen, their deput...
More
Pin It
Reverse Advent Calendar
Reverse Advent Calendar
The Sixth Form Charity committee has been really busy this month, having launched their idea of a re...
More
Pin It
Y7 Visit to Diglis Island
Y7 Visit to Diglis Island
On Thursday 25th November, 2021, year 7 arrived at Diglis Island, and started their journey.Millions...
More
Pin It
Thanks for such a positive start to term everyone! https://t.co/rCidczdoQA @Malv...
Visit Twitter
Y7 Textiles for Remembrance
Y7 Textiles for Remembrance
Lest we ForgetYear 7 students studying Textiles had the opportunity to create a range of designs tha...
More
Pin It
A Level Geography Field Trip
A Level Geography Field Trip
On the 2nd of November, the A-Level Geography cohort headed for Snowdonia. When we arrived, we spen...
More
Pin It